What are Traffic Control Devices and what are they used for?

Traffic control devices are signs, signals, pavement markings, and other devices placed along highways and streets to move vehicles and pedestrians safely and efficiently. These devices are placed in key locations to guide traffic movement, control vehicle speeds, and warn of potential hazardous conditions. They also provide important information to drivers about detours and traffic delays.

Signs, signals, pavement markings, cones, barricades, and warning lights are designed with specific colors, shapes, and sizes based on the different functions they provide. Uniformity of design (color, shape, size, and location) helps drivers to quickly understand the message of traffic control devices. Consistency is important for driver respect, recognition, and proper reaction to the devices.

Traffic control devices work in concert with the basic rules of the road contained in traffic laws and ordinances, including each State’s uniform code that regulates vehicle movements. One example is the right-of-way principle that determines which driver has priority when approaching or entering an intersection.

The primary resource for determining the design and use of traffic control devices is the Texas Manual on Uniform Traffic Control Devices (TMUTCD). The 2011 Edition revision 2 of the TMUTCD is the standard applicable to all public roads in Texas. The TMUTCD provides standards, guidance, and application information for signs, markings, traffic signals, and other traffic control devices.

Additional basic design guides have been produced by the Institute of Transportation Engineers such as the Traffic Engineering Handbook and Traffic Control Devices Handbook.

The STOP sign is a regulatory sign that is used when traffic is required to stop. It is a red octagon that has a white border and the large white letters, S-T-O-P. At multi-way stop intersections, a small plate is placed below the stop sign to inform the driver of how many approaches are required to stop.

The Texas Manual of Uniform Traffic Control Devices (TMUTCD) describes STOP signs (R1-1), including applications and placement. STOP signs are used to assign right-of-way at an intersection. Since a STOP sign causes inconvenience to motorists, it should be only used where warranted.

Where should two-way STOP signs be installed?

Intersections must have one or more of the following conditions for two-way STOP signs to be installed:

Four-way STOP signs are often used at the intersection of two roadways that exhibit approximately equal traffic volumes. The primary considerations for installation of a multi-way stop include the following:

Other conditions that should be considered when determining the need for a multi-way stop include:

What is the purpose of a Traffic Signal?

Traffic signals should not be installed unless one of the warrants specified by the Texas Manual of Uniform Traffic Control Devices (TMUTCD) has been satisfied. The satisfaction of a warrant is not in itself justification for a signal. A traffic engineering study must be conducted to determine if the traffic signal should be installed.

The installation of a traffic signal requires sound engineering judgment and must balance the following, sometimes conflicting, goals:

What are all the devices on many Town Traffic Signals?
We often receive questions about the various items that are found on many of the Town's traffic signals; most commonly what they are and what purpose they serve. Take a look at this photo collage, taken at the intersection of FM 1171 and Morriss Road. Here is a short description of the equipment: 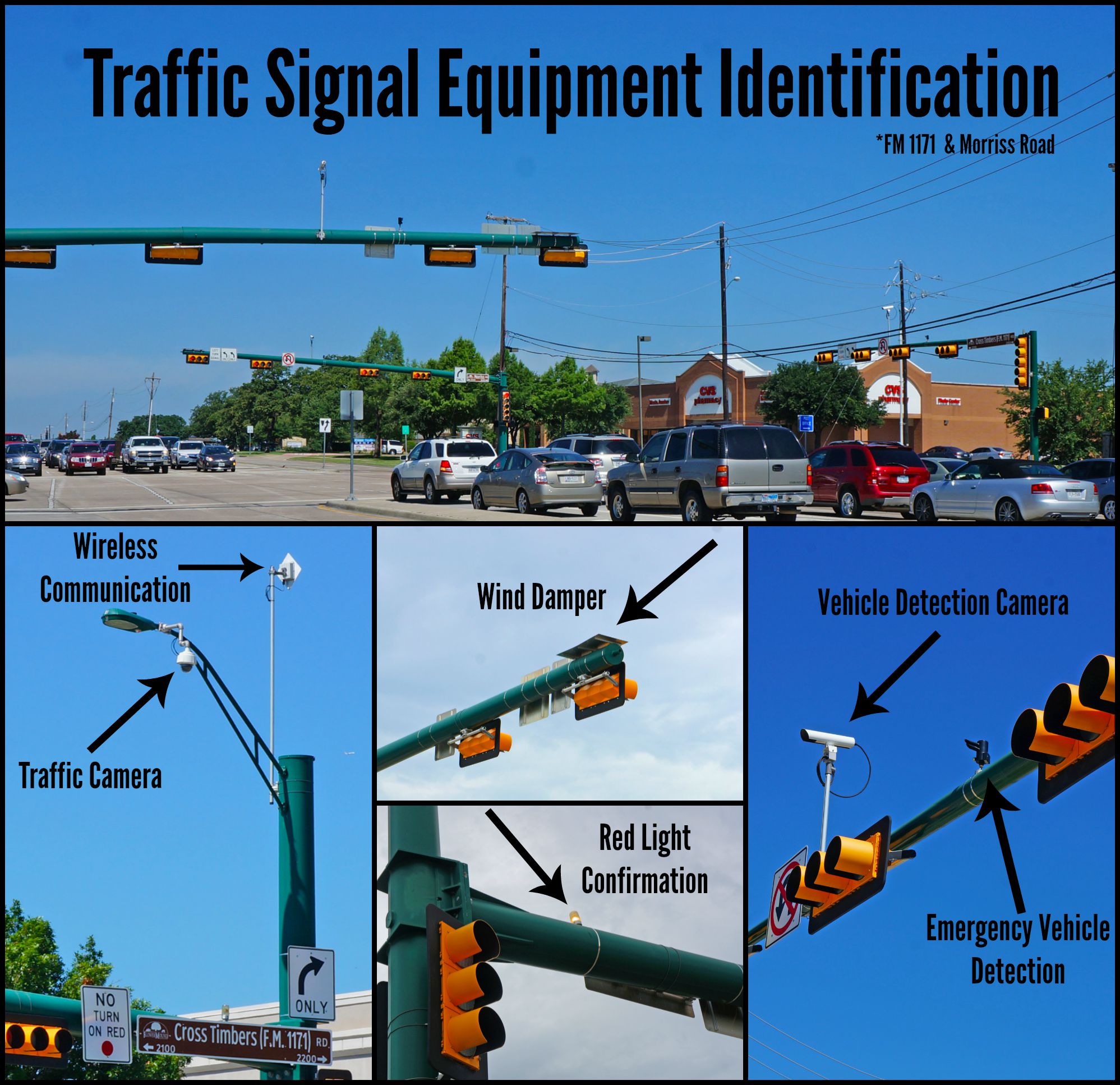