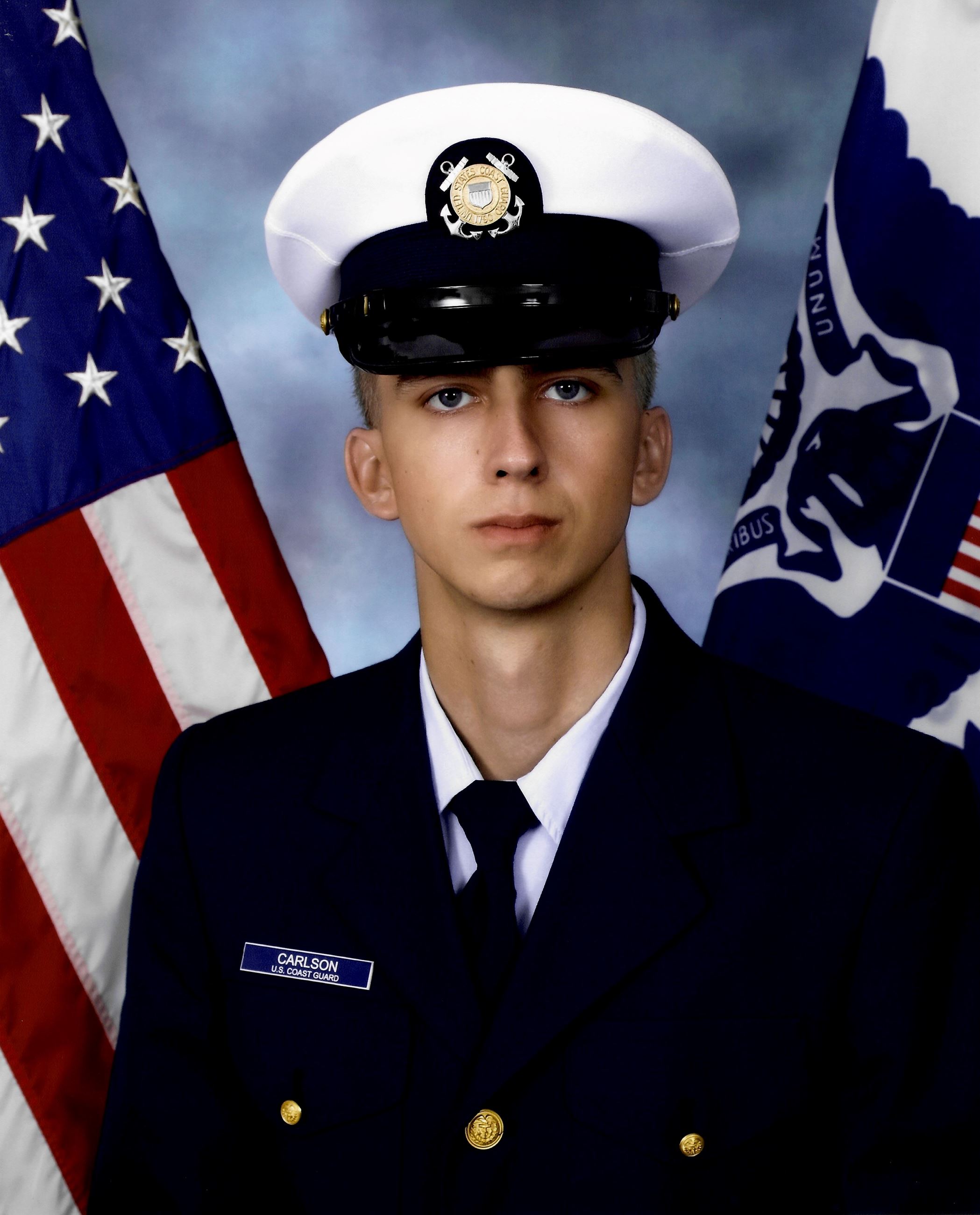 BM3 Jordyn Carlson was born in Plano and raised here in Flower Mound. He is a 2019 Marcus High School graduate. He enlisted in the U.S. Coast Guard in March of 2020 and attended boot camp in Cape May, New Jersey. While there, he was designated as Spiritual Leader for his barracks. This is a great testimony to his character.

Upon graduation of boot camp in September of 2020, he was sent to Key West, Florida for his fist duty station aboard the U.S. Coast Guard Cutter Mohawk as a Seaman Apprentice. Upon completion of his first deployment, after receiving all his qualification out at sea, he was given the captain’s challenge coin.

After another deployment aboard the Mohawk, getting married, and attending A School, 2021 has been a very busy year. He and his wife now move on to their next adventure at Station Boston.