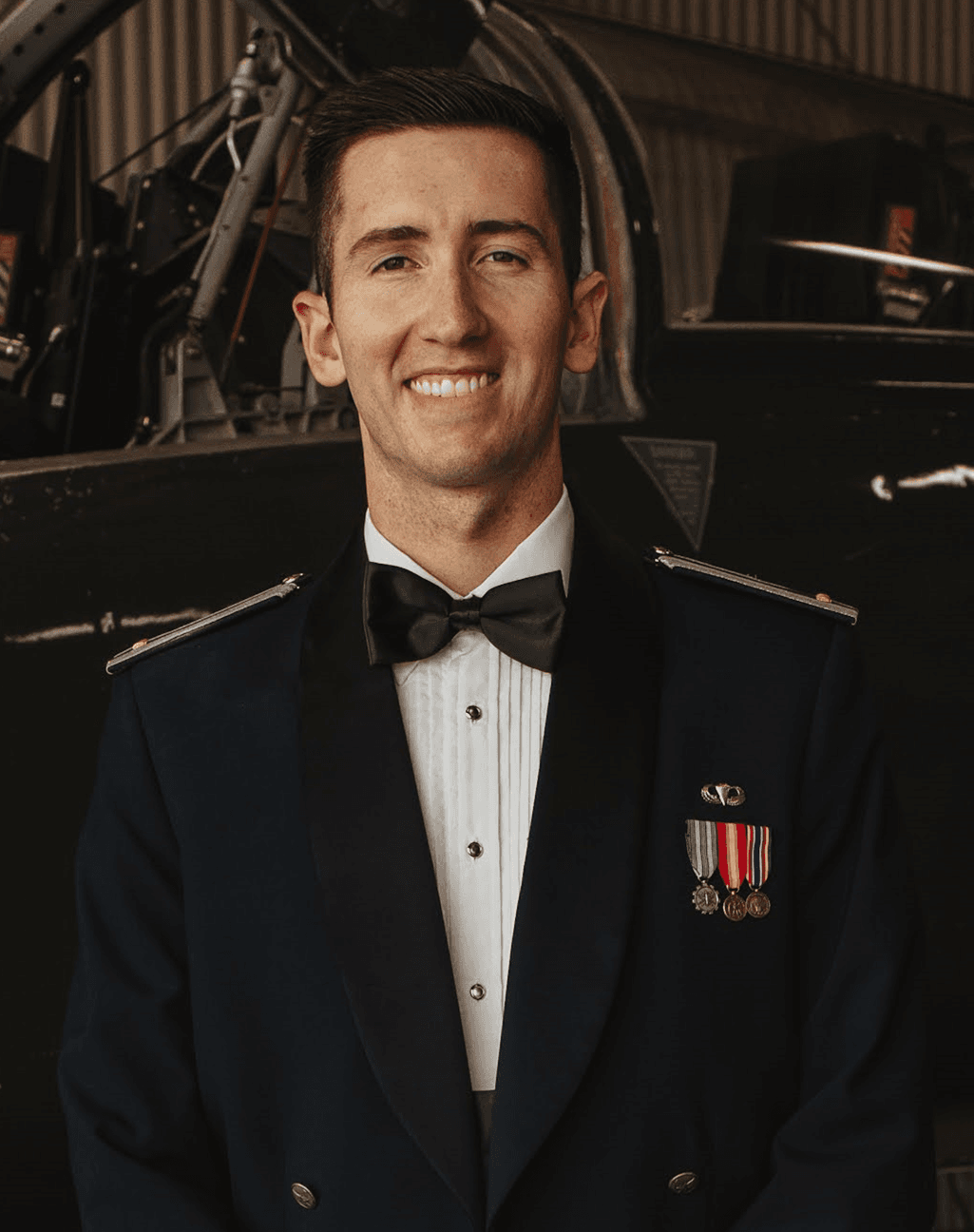 1Lt Austin McDaniel moved to Flower Mound in 2005 and attended Old Settlers Elementary and Shadow Ridge Middle School before graduating from Flower Mound High School in 2013. He played baseball for the Jaguars.

Baseball took him to Paris Junior College where he pitched for two years and was awarded the Bobby R. Walters Cup as the Outstanding Sophomore Student Athlete based on academic performance.

Austin was recruited to play baseball for the Air Force Academy and pitched for the Falcons for one year. As a cadet-athlete, he was selected for the Academic All-Mountain West team. Austin had the chance to try out for the Wings Of Blue Parachute Team where he spent one year each on the training, competition and demonstration teams. He eventually became a jumpmaster for the freefall parachuting course with over 750 jumps logged.

Austin was a distinguished graduate at the Academy earning a Bachelor of Science degree in Operations Research in 2019. Upon graduating, he married his wife, Ally, who he had met at Paris Junior College. He was assigned to ENJJPT (Euro Nato Joint Jet Pilot Training) at Sheppard AFB in Wichita Falls. He earned his wings in May 2021 and is now in Pilot Instructor Training. Austin will be working at Sheppard AFB for the next few years as a T-38 Instructor.