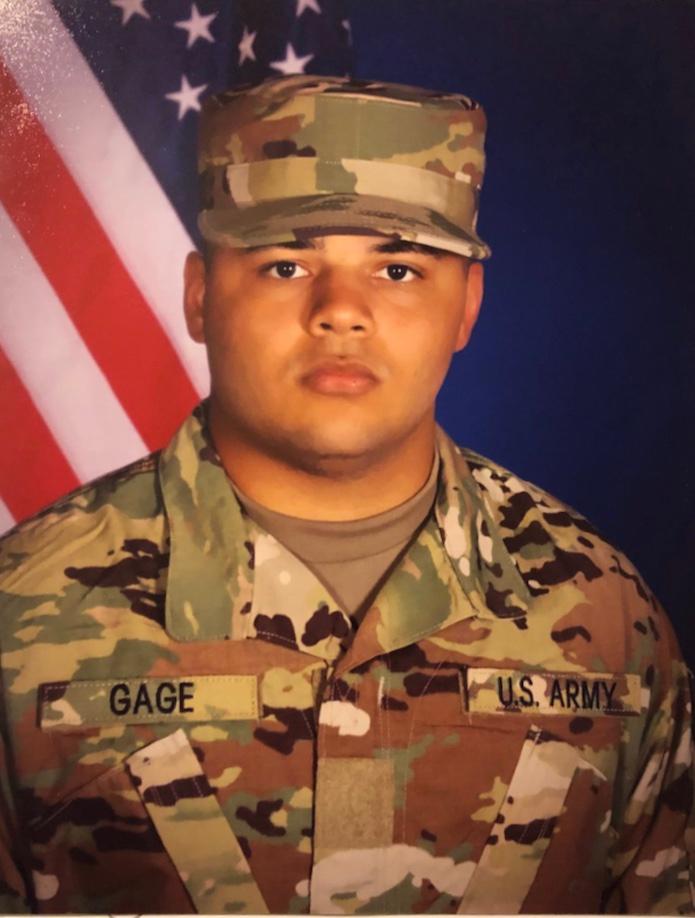 Daniell Gage moved with his family to Flower Mound in 2000 and he attended Timber Creek Elementary, Lamar Middle School and Marcus High School. Growing up, Daniell played baseball for the Flower Mound Hunters and football in high school. After graduating in 2016 he attended North Central Texas College for a year and was also a general manager at Target.

After enrolling in the armed forces in 2017, Daniell received his military training at Fort Jackson, South Carolina in 2017.

Upon graduation from Basic Training, Daniell received his Marksmanship Qualification Badge in 2017 and completed the Advanced Individual Training as a Military Intelligence Analyst on April 5, 2018. His noteworthy skills include tactical navigation, landmine defense, military communication and weapons. On June 29, 2018 he received an Army Achievement Medal for his performance at the National Training Center in Fort Irwin, California. On July 1, 2018 he was promoted to Private First Class.

His parents, siblings and family could not be any more proud of his accomplishments and are excited for the great success of his future.