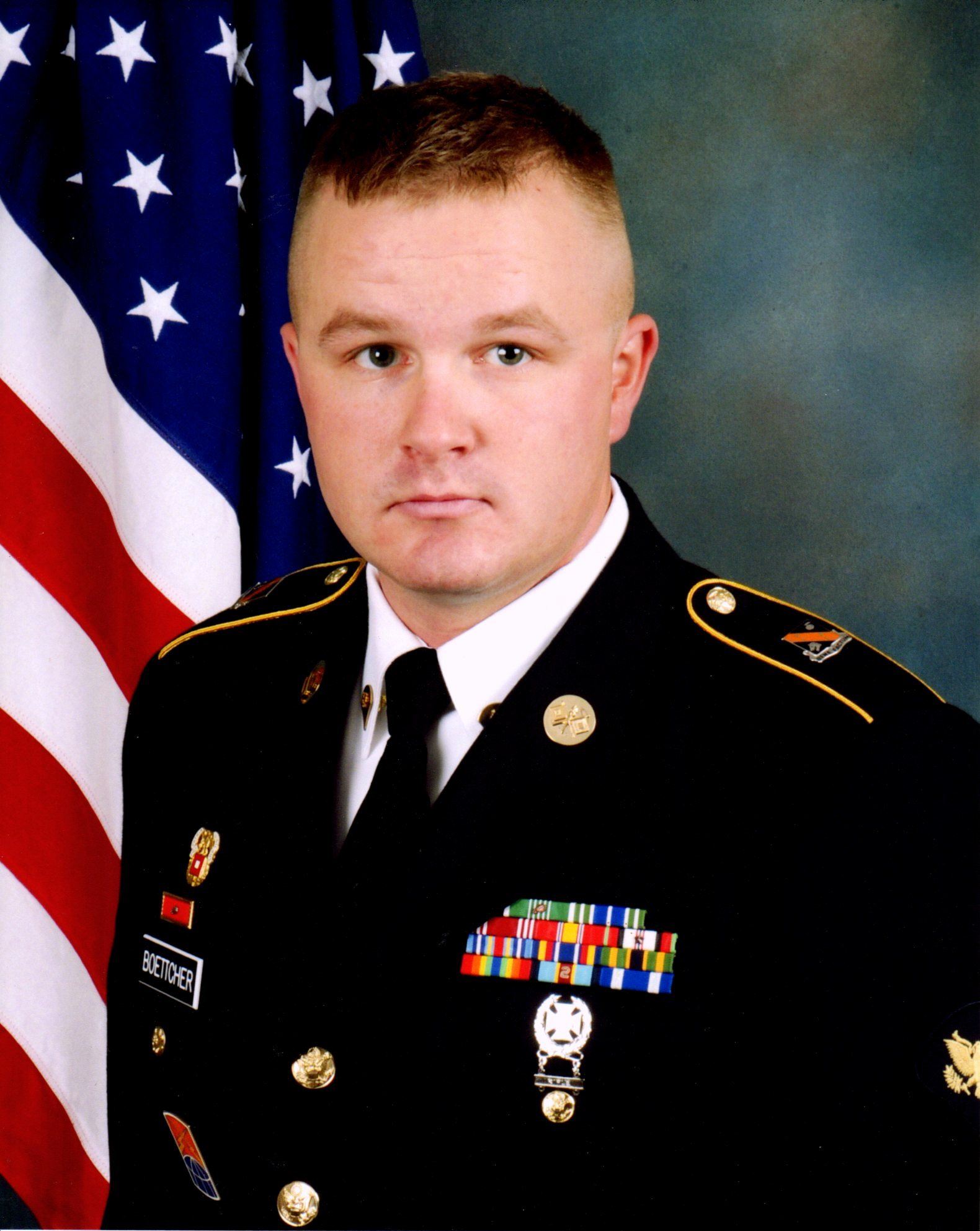 Charles Boettcher moved to Flower Mound in 2001 and graduated from Marcus High School in 2010. In February of 2012 he enlisted in the Army and completed his basic training at Fort Benning, Georgia in May 2012.

Private Second Class Charles Boettcher was promoted to Private First Class on 21st February 2013; to Specialist on 1st September 2013; and, to Sergeant on 1st October 2016.

To his credit, he has received 7 Certificate of Achievements, 2 Army Achievement Medals and 4 Army Commendation Medals. In addition, he has received an Expert Marksmanship Badge, 2 overseas ribbons, the National Defense Service medal, the Army Service Medal, the Global War On Terrorism medal, the Global War on Terrorism Expeditionary Medal, the NATO Medal with ISAF identifier, the Non-commissioned Officer Professional Development medal, and 2 Army Good Conduct Medals.

Sergeant Boettcher is Tan Belt Certified in the Marine Corp Martial Arts program and has trained in Modern Army Combatives Level 1. Additionally, he has certifications in CompTIA Network Plus and Security Plus.

Sergeant Charles Boettcher is currently stationed overseas as a satellite communications systems operator. He has recently reenlisted for a second six year contract and has plans to reclass as an unmanned aircraft mechanic.

Sergeant Boettcher married his wife in 2015 in Fort Huachuca, AZ and in 2017 they had their first child. His family, wife and son are so proud of his dedication, sacrifice and love for the military.