According to SafeWise, a community-focused security organization, Flower Mound is ranked No. 4 on the company’s “50 Safest Cities in Texas” report this week. To compile this report, SafeWise used the most recent FBI crime data from 2013 to analyze and rank these cities, which all have a minimum population of 10,000 people. This is the second consecutive time Flower Mound ranked No. 4 on this report.


No.1 "Best City or Suburb for Raising Children"

For the fifth consecutive year, Flower Mound was named the “Best City or Suburb for Raising Children” by “North Texas Child” magazine. The publication’s readers chose the Town for its low crime rate, multitude of top-tier schools, more than 50 parks and playgrounds, and other family attractions. . In addition, “North Texas Child” cited Flower Mound’s growing restaurant community and close proximity to the Dallas/Fort Worth Metroplex.

According to a study by Wallet Hub, Flower Mound ranked No. 4 “Best City in Texas” to Find a Job. Wallet Hub examined each city across a total of 16 metrics, ranging from the number of job opportunities to median annual income to housing and transportation costs.

Continuing a long-standing tradition of financial integrity, the Town of Flower Mound was awarded its 29th consecutive Certificate of Achievement for Excellence in Financial Reporting by the Government Finance Officers Association of the United States and Canada (GFOA) for its Comprehensive Annual Financial Report (CAFR) for the 2013-2014 fiscal year. The prestigious GFOA Certificate of Achievement is the highest form of recognition in the area of governmental accounting and financial reporting.

The Town of Flower Mound was honored for its excellence in the field of Parks and Recreation Management, by the Texas Recreation and Park Society (TRAPS) in 2015. The Town was selected to receive the Texas Gold Medal Award, which honors communities throughout the state that demonstrate excellence in long-range planning, resource management, and agency recognition. Flower Mound is the only Class III city (populations 50,001 to 100,000) in the state to receive this designation in 2015. 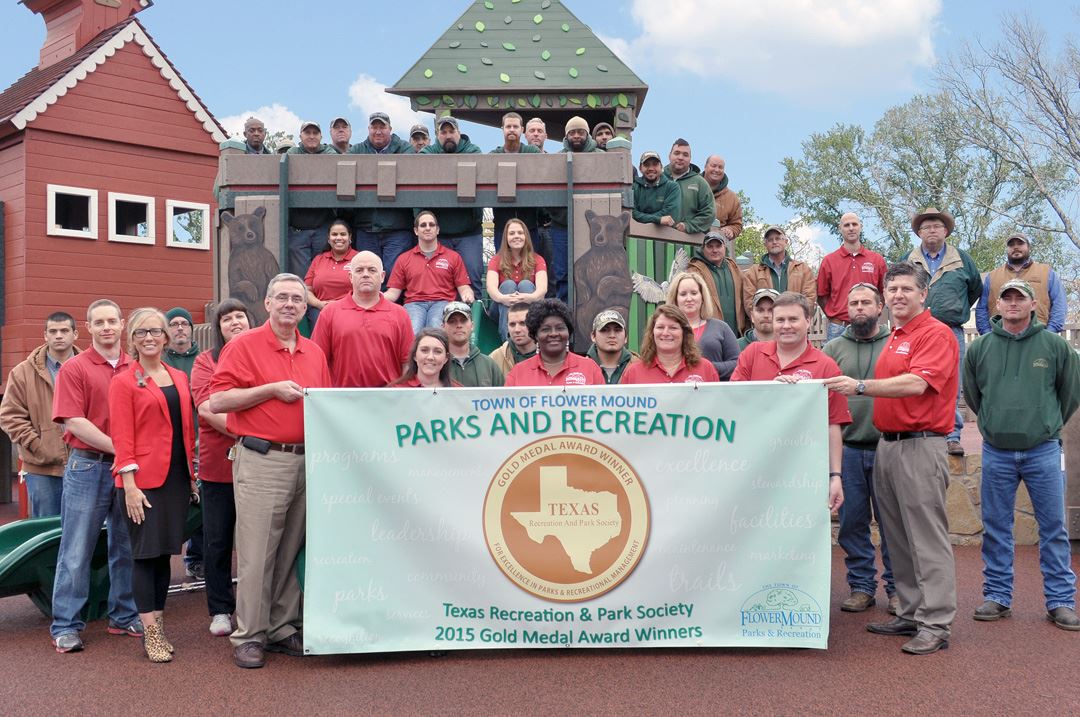 For the 21st consecutive year, the Town of Flower Mound is celebrating its re-certification as a “Tree City USA” by the Arbor Day Foundation. To be honored with this outstanding designation, a community must meet the criteria of: sounds urban forestry management, have a community tree ordinance, spend at least $2 dollars per capita on urban forestry, and celebrate Arbor Day.

The Town of Flower Mound brought home some serious hardware at this year’s Texas Association of Telecommunications Officers and Advisors (TATOA) conference. The Community Affairs Division was awarded two first place awards, two second place awards, and two third place awards at the TATOA annual awards banquet for a variety of video projects. The first place awards are for the Flower Mound Fire Department SAFE team video and also the monthly news program “Town Matters,” which began less than a year ago.  Second place went to our FMFD Hot Topics segment, and the tribute video to now-retired FMPD K-9 Officer Bullitt. The Town received its two third place awards for a profile of the Animal Adoption Center and an Overall Excellence in Programming award. 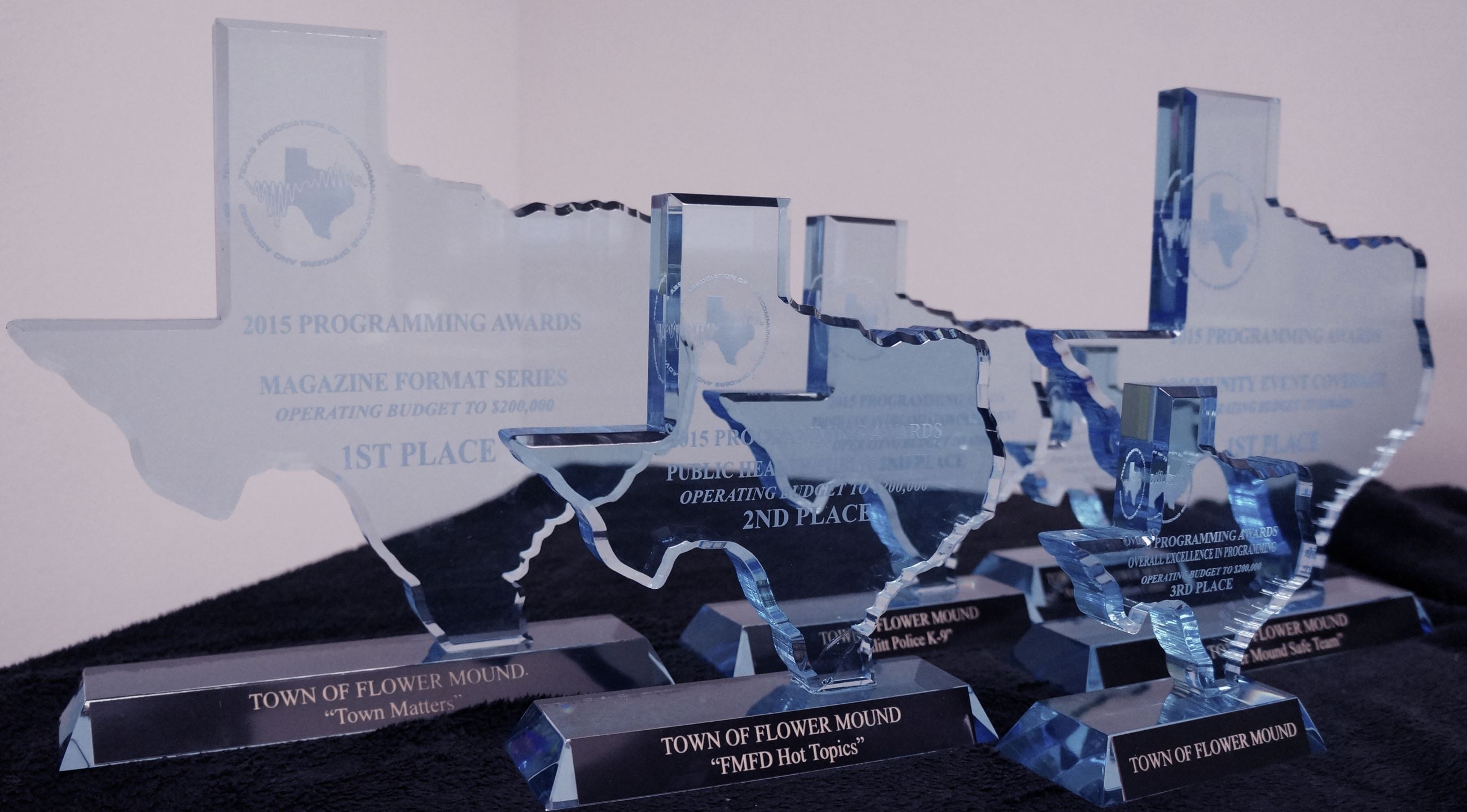