With a 10 percent increase in job growth since 2010 and a projected 18 percent increase in job growth projected through 2018, CNN Money Magazine recently ranked Flower Mound No. 2 on its "Best Places to Find a New Job" list. Flower Mound is also No. 12, and the highest-ranked Texas community, on the publication's list of "Top Earning Towns," which was released on September 22. The "Top Earning Towns" list was comprised of communities that have highest median family incomes in the country. Flower Mound has a median family income of $131,853. In 2012, the Town ranked No. 19 on the "Top Earnings Towns" list.


According to 24/7 Wall St., Flower Mound ranks as the No. 9 city in the country in the “America’s 50 Best Cities to Live” poll. Flower Mound was also the highest-ranked Texas community on the list. The rankings were based on a range of variables, including crime rates, employment growth, educational attainment, and housing affordability.

The Scenic City Program notified Flower Mound it has been recognized with the platinum-level Scenic City certification for the first time. Only seven Texas municipalities have earned the platinum level certification, which helps improve property values, attract new businesses, and enhances economic development efforts. Scenic Texas, which coordinates the certification program, identified a direct correlation between the success of a community’s economic development efforts and the visual appearance of its public spaces. The certification program was developed to recognize municipalities that implement high-quality scenic standards for public roadways and public spaces. 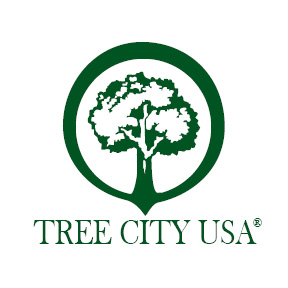 For the 20th consecutive year, the Town of Flower Mound is celebrating its recertification as a “Tree City USA” by the Arbor Day Foundation. To be recognized with this outstanding designation, a community must meet the criteria of: sound urban forestry management, have a community tree ordinance, spend at least $2 dollars per capita on urban forestry, and celebrate Arbor Day. Flower Mound is one of only 77 municipalities in Texas to earn this honor. For more information about urban forestry in Flower Mound, please visit www.flower-mound.com/urbanforestry.

For the third consecutive time, “D Magazine” selected Flower Mound for the No. 8 position in its bi-annual “Best Suburbs” list that was published in its July issue. When choosing the best suburbs “D Magazine” staff looked at several criteria, including safety, education, housing values, and ambiance. The first three measures involve data and the objective analysis thereof; the fourth is entirely subjective, reflecting the taste and knowledge of the publication’s staff.

For the 22nd consecutive year, the Government Finance Officers Association of the United States and Canada (GFOA) recently presented the Town with its Distinguished Budget Presentation Award for the Town’s budget. In order to receive this budget award, the Town met nationally recognized guidelines for effective budget presentation. These guidelines were designed to determine how well the Town’s budget served as a policy document, financial plan, operations guide, and communications device. Budget documents must be rated “proficient” in all four categories, and the fourteen mandatory criteria within those categories, to receive the award. For budgets including the fiscal period 2013, only 1,400 participants received the award. For more information about the budget, please visit www.flower-mound.com/budget.

For the 14th consecutive year, the Town of Flower Mound earned the Achievement of Excellence in Procurement Award from the National Procurement Institute, Inc. This prestigious award is earned by organizations that demonstrate excellence by obtaining a high score based on standardized criteria. The criteria are designed to measure innovation, professionalism, productivity, e-procurement, and leadership attributes of the procurement organization.